Or enter in your email address so we can contact you:

The county of Yorkshire is known for its intense natural beauty and is just waiting to be explored by people who arrange Minibus Hull hire. The capital of the ‘north’, York has an esteemed history and was once one of England’s most important cities. It’s loaded with history, including Roman, Viking, Anglo-Saxon, medieval, Georgian and Victorian influences and the local people have a distinctive Northern character.

The city is dominated by its famous York Minster, which is Europe’s largest Gothic cathedral. Interestingly, various styles have been incorporated over the 600 years of its development dating from the 7th century, and it boasts an unrivalled stained glass collection. A good view of this ancient city can be enjoyed from the top of the lantern tower.

Visitors can also arrange for the driver of their Minibus Hull hire to take them on a tour of the Yorkshire Dales. The Yorkshire Dales are lovely and rural and offer a charming peek into country life in the North.

Castle Howard is one of the loveliest in the UK and was famously used as a set for the filming of Brideshead Revisited. This 300-year old castle has palatial interiors, acres of manicured gardens, and fantastic vistas, set among the rolling Howardian hills. There are plenty of good places here to pause for a picnic.

Not far north, you can seek out the remains of Hadrian’s Wall. It’s not quite as impressive as the one in China but runs most the length of Northern England and has survived from the Roman times when they tried to keep the Picts at bay.

The Lake districts inspired Wordsworth with its pretty lakes, green hills and pleasant walking, and attracts 10 million visitors each year. Windermere has the best tourist facilities, and there are some lovely eateries where visitors can enjoy a meal before returning home.

Book Now Get a Free Quote 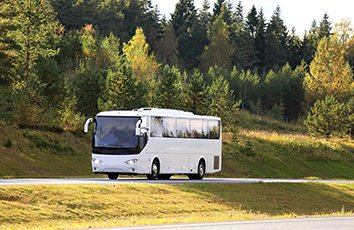